Editor’s Note: The Oregon Board’s case against the AMC AEC and its owner Michael Fried is indicative of a broader move by state appraiser boards to enforce these new AMC regulations.

Despite a flurry of new regulations placed on both lenders and appraisal management companies (AMCs) regarding how they are allowed to manage appraisers, many in this profession are still asking: who is enforcing the rules?

On the federal level, the Dodd-Frank Act says that a violation of appraiser independence, by either a lender or its agent, mandates a $10,000 fine per day, as long as the violation exists. On the state level, many appraiser boards have passed AMC regulations mandating that appraisers be paid within 30 or 60 days after completion of an appraisal. Louisiana has gone a step further and authorized its Appraiser Board to sanction AMCs that do not pay Customary and Reasonable fees.

And yet, despite all these regulations meant to protect appraisers, the number of fines or disciplinary actions levied against lenders or AMCs for violating appraiser independence or failing to pay appraisers on time is a very short list.

However, appraisers have reason to be encouraged. Recently, state boards have begun answering the call for enforcement, with North Carolina’s State Appraiser Board recently sanctioning two AMCs for violating that state’s AMC requirement that appraisers be paid within 30 days- Residential RealEstate Review and Coester Valuation Management Services.

The latest instance of an AMC being sanctioned for bad behavior comes from Oregon, where the owner and CEO of The Appraisal Express Corporation (AEC), Michael J. Fried, has been assessed a civil penalty of $87,500 for operating an unlicensed AMC in the state and failing to pay appraisers in a timely fashion. This represents one of the largest fines against an AMC or its owner to-date, and indicates to both appraisers and AMCs that, the Oregon Board at least, is taking action to enforce the rules and protect appraisers. 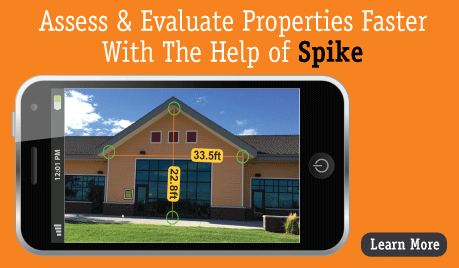 The Complaint
Founded in California, the now defunct AEC was a relatively small AMC that ordered appraisals throughout California, Oregon, Louisiana, Washington and Indiana, according to the Oregon Appraiser Board’s findings of fact. The initial complaint against AEC was filed by an anonymous appraiser in June 2012. It notified the Oregon Appraiser Board that AEC was operating as an AMC in Oregon without a license. Throughout the Board’s investigation, it was later revealed that the appraiser who filed the complaint was actually a California appraiser who was upset that AEC had not paid her for appraisal work.

Upon receiving the complaint, the Oregon Board immediately contacted AEC and requested a list of all Oregon appraisers on its panel, a list of all of AEC’s clients, and a copy of all appraisal orders AEC had received from January 2011 to June 2012.

In the course of its investigation, the Board alleges that AEC ordered 94 appraisals in the state of Oregon without possessing a valid AMC license and, still owed 12 appraisers $9,915 in unpaid appraisal fees. The Board advised Fried that the maximum disciplinary action per violation is a civil penalty of $15,000. With 94 alleged violations, the total civil penalty could be as high as $1,410,000.

In his response, Fried made a plea for leniency asking the Board to “please consider a warning” instead of more punitive measures.

Administrative Hearing
In December 2013, an administrative hearing was held regarding the proposed civil penalty to be assessed against AEC and Fried. The Board cited its authority and responsibility to ensure that AMCs and their “controlling persons” comply with state law, indicating that it would be pursuing disciplinary actions against both the AMC AEC and Fried as a “controlling person,” which it defines as “an owner, officer, or director of an appraisal management company.”

Under Oregon law, because AEC is a corporation, it must be represented by an attorney licensed to practice law in the state of Oregon. However, only Fried was present at the December 2013 hearing. No attorney was present to represent AEC in the case, leading to a default judgment against them.

According to the Default Final Order issued by the Board, Fried represented himself in his own case and defended his actions by arguing that the Oregon Board moved too quickly to enact laws regulating AMCs and that the Board “did not give consideration to the financial impact the law would have on small companies” like AEC. At his hearing, Fried also argued that the Board was using registration fees to close its budget gap.

At the time, the Board’s AMC application and registration fee was $2,500 for a two-year period, along with a $25,000 surety bond. According to the Board’s proposed order, Fried indicated in his testimony that financial difficulties had prevented AEC from paying the registration fee and that AEC had been unable to obtain a surety bond because of its poor credit rating. Fried also admitted that, at the time of the Board’s hearing in December 2013, AEC still owed money to appraisers in Oregon for their appraisal work. Fried also acknowledged that he was aware of Oregon’s law requiring appraisers to be paid within 60 days after the appraisal is submitted, according to the Board’s proposed order.

The Board acknowledged that AEC and Fried had experienced financial difficulties due to the economic crisis of 2008 and that AEC had trouble getting its appraisal platform operational, but concluded that such facts were without merit and not relevant to the matter of whether AEC had violated Oregon law.

Final Order
While the complaint against AEC was initially filed in 2012, it wasn’t until January 2014 that the Oregon Board issued a Final Order of disciplinary action against Fried. While the Board acknowledged that it had the authority to assess a penalty of up to $15,000 per violation, it elected to assess a lower penalty.

Using the Sanction Guidelines Grid, the Board assessed a penalty of $500 for the first instance of unregistered AMC activity, and a $1,000 fine for every instance thereafter. Although the Board initially alleged 94 violations of AMC regulations, it had evidence for 88 violations only, a fact that was indicated in the Board’s Final Order. As a result, the Board assessed a civil penalty against Fried for a total amount of $87,500.

According to the Board’s Final Order, AEC discontinued operations in September 2012. A statement issued by a Fiscal Analyst at the Board confirmed that neither AEC or Michael Fried had made any payments towards the civil penalties at the time of this writing.

AMC Regulation
Since the Dodd-Frank Act was passed in 2010 and mandated that the states pass laws requiring the licensure and regulation of AMCs, 38 states have enacted legislation governing the oversight and licensing of AMCs, according to the Appraisal Institute. Dodd-Frank gave the states five years to establish AMC rules, but many, like Oregon, chose to move quickly to comply with the Law.

The Oregon Board’s case against AEC and Fried is indicative of a broader move by state appraiser boards to enforce these new AMC regulations. Such a move is likely to have a positive effect for appraisers, as state boards can help ensure that appraisers are paid on time and that AMCs are both properly registered and operating according to state AMC regulations.

Since many state AMC regulations include provisions which require AMCs to pay C&R fees, respect appraiser independence, and treat appraisers professionally, increased enforcement of these rules will no doubt cause AMCs to pay closer attention to compliance, resulting in a better work environment for rank and file appraisers.

> Find Directory of Best AMCs to Work With

Great presentation! I hope that I will never have need or use for the information, but I feel better prepared in the event that I ever do. Thanks!

Fighting Appraisal Board Complaints: Expert’s Advice
Bob Keith, MAA, IFA, Former Executive Director and Compliance Coordinator for the Oregon Appraisal Board, gives you an expert’s insight into the complaint process, showing you how to avoid the most common mistakes appraisers make when dealing with their state board. Save yourself the pain with this insider help. Learn what steps to take to protect yourself before, during and after a complaint surfaces and what is and isn’t in your own best interests. Keith takes you through a step-by-step process on how to interact with your state board to achieve the best results possible. Put an expert on your side. Read More.

About the Author
Isaac Peck is the Associate Editor of Working RE magazine and the Director of Marketing at OREP.org, a leading provider of E&O insurance for appraisers, inspectors and other real estate professionals in 49 states. He received his Master’s Degree in Accounting at San Diego State University. He can be contacted at Isaac@orep.org or (888) 347-5273.