The valuation industry has been abuzz with talk of appraisal discrimination ever since one of the first discrimination lawsuits was filed against an appraiser in December 2021. Plaintiffs Tenisha Tate-Austin and Paul Austin, as well as the Fair Housing Advocates of Northern California filed a lawsuit against Jannette Miller, a white appraiser, and AMC Links LLC, an appraisal management company. (See First Discrimination Lawsuit: What It Means for Appraisers for details.)

Then, on January 10, 2022, Janette Miller and her attorneys filed a 29 page, full-throated assault on the many allegations made by the Austins, ultimately asking for a hearing on March 4, 2022 asking the court to dismiss the Austin’s entire case because they have “failed to state a claim upon which relief can be granted.” (The hearing has now been extended to March 25th).

No Proof of Racism
In response to the many accusations that Miller engaged in racial discrimination, the Miller brief argues that the Austin’s have no proof of that claim.

For example, the Austin’s lawsuit asserts that Miller’s opinion is “fundamentally flawed” because of the small number of sales per year in Marin City (the subject’s neighborhood), and further argues that Miller’s methodology results in a huge margin of error, is inherently flawed, and is statistically unsound.

Miller’s response: “Plaintiffs simply conclude that the small number of years and use of a sample size equates to racial discrimination. The allegations fail to show an intent to discriminate.”

Furthermore, the Austins point out that Miller describes Marin City as having “distinct marketability which differs from the surrounding areas.” The Austins go on to argue this is actually “coded” language based on race because of the “racial demographics and history of Marin City.”

The Austins, in their suit, repeatedly take issue with Miller’s appraisal methodology, from her use of “dated market trends” to the comparable sales that she selected for analysis.

However, Miller’s defense continues with the same theme, pointing out that the use of dated marketing trend information does not mean that Miller discriminated against the Austins. Additionally, in answering the accusation that Miller’s choice of comparables is somehow discriminatory, the brief argues: “There is nothing inherently racist about choosing comparable properties that are located in the same city as the Subject Property. Without any direct (or indirect) evidence of actual racial discrimination Miller’s choice of comparable properties cannot support Plaintiff’s claim of discrimination.”

In each instance where the Austins alleged Miller discriminated against the Austins, the response from Miller’s legal team is essentially that they have failed to provide any proof of that accusation. “None of the ‘indicia’ alleged by Plaintiffs shows that Miller was motivated to discriminate against the Austins on the basis of race. Each of the ‘indicia’ alleged by Plaintiffs could equally be explained by non-discriminatory factors. Plaintiffs do not allege that Miller treated any other borrowers differently than the Austins. Even if they did, that would not not necessarily indicate a discriminatory motive,” reads the brief.

In other words, even if the plaintiffs can win that Miller appraised the Austins’ house negligently, erroneously, or incompetently, there is no evidence that Miller discriminated against the Austins.

Miller’s attorney points out that the Austins never relied on Miller’s appraisal, that they were actually able to refinance and enjoy lower interest rates, and that ultimately their mortgage broker relied on the second appraisal when extending the loan to them. So where are the damages?

Well, the Austins allege that, due to the one month delay: “they were not able to refinance on the favorable terms that had been available one month before.” 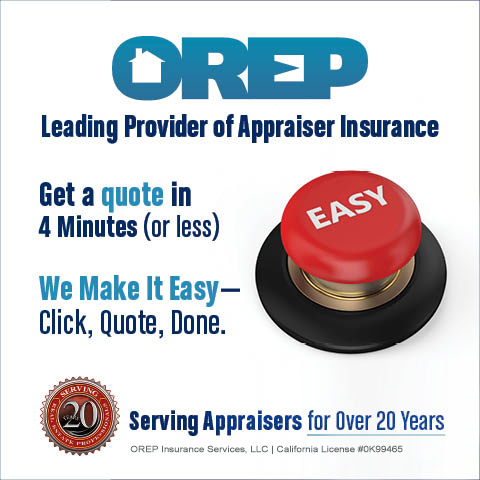 No Right to Sue
To make matters worse for the Austins, Miller’s attorney points out that there is legal precedent that borrowers have no right to sue appraisers in a typical mortgage transaction. This is because “the appraisal ordered by the lender is for its own protections and the borrower has his or her own means of ascertaining the desirability of the property.” (Willemsen v. Mitrosilis 2014.)

Additionally, in Tindell v. Murphy (2018) it was established that the lender’s appraiser had no duty of care to borrowers for an inaccurate property description because “the appraisal was intended to support lender’s evaluation of collateral, not borrowers’ decision whether to purchase property.”

Miller’s attorney goes on to explain that for appraisers that are on the Veteran Administration’s appraisal panel, for example, they are explicitly “not liable” to the borrower for negligently undervaluing property.

The reasoning for the VA is as follows: since the appraisal is designed to protect the VA, not the loan applicant, the appraiser’s duty of care extends only to the VA. Otherwise, “concern with the possibility of claims against him for refusing to set a value as high as the loan desired…would deter the appraiser from reporting to the VA his true opinion as to value and tend to cause him to breach his duty to the federal government. The policy considerations against the imposition of liability in the instant case are manifest.” (Gay v. Broder.)

In summary, in California, borrowers have no grounds to sue appraisers who were hired by the lender, and California courts have a history of dismissing claims of negligent misrepresentation by a borrower against an appraiser.

Sidebar: Appraisal Liability
On the subject of appraiser liability to borrowers, the Appraisal Subcommittee recently commissioned the National Fair Housing Alliance (NFHA) to conduct a comprehensive and independent review, to include an assessment of whether the Uniform Standards of Professional Appraisal Practices (“Appraisal Standards”) and Appraiser Qualifications Criteria (“Appraiser Criteria”) encourage or systemize bias.

In its report, the NFHA acknowledges a fact that actually gives Miller’s defense the upper hand in this case. Namely, that in the status quo many borrowers have difficulty pursuing legal action against appraisers. “It is difficult for a borrower to establish a legal claim for negligence against an appraiser and to recover monetary damages – even when demonstrable errors can be shown in their appraisals…[because] the borrower is not the ‘client’ of the appraiser nor generally identified as an additional ‘intended user’ of the appraisal,” the report admits.

The NFHA points to the same case that is cited by Miller’s attorney as an impediment to addressing racial discrimination in the appraisal industry. “A recent California appellate case (Tindell vs. Murphy) illustrates this point: the residential appraiser engaged by a lender for a borrower’s purchase loan made an error in her appraisal by misidentifying the home as one of modular construction, rather than as a manufactured home…The California appellate court upheld the trial court’s dismissal, holding that the appraiser owed no legal duty to the borrowers because they were not intended users of the appraisal,” the report points out.

In response to this legal reality, the NFHA actually recommends that USPAP be amended by the Appraisal Standards Board to force appraisers to identify borrowers as intended users in every instance. This would “increase the accountability of appraisers to borrowers who have been injured by appraisal negligence,” the report argues.

This suggestion, if implemented, would of course drastically increase appraisers’ liability and likely lead to a flurry of lawsuits from upset borrowers. Given that over 50% of claims and complaints against appraisers already originate from borrowers, appraisers can only hope that the Appraisal Standards Board doesn’t take that particular suggestion to heart.

This is a developing story, make sure you’re subscribed to WorkingRE.com to get the latest appraisal news and information.

Upcoming Webinar: Introducing ANSI- New Requirements for Appraisers
Fannie Mae will start requiring appraisers to measure and calculate square footage using the ANSI system – or appraisals will be rejected.  Come learn quick and solid information that you need to do this right. Click here to learn more.

About the Author
Isaac Peck is the Editor of Working RE magazine and the President of OREP, a leading provider of E&O insurance for real estate professionals. OREP serves over 10,000 appraisers with comprehensive E&O coverage, competitive rates, and 14 hours of free CE for OREP Members (CE not approved in IL, MN, GA). Visit www.OREP.org to learn more. Reach Isaac at isaac@orep.org or (888) 347-5273. CA License #4116465.