Editor’s Note: The names, location and details of this case have been changed to protect the privacy of the individuals involved.

For decades, appraisers have been gently reminded to pay careful attention to smoke alarms and carbon monoxide (CO) detectors—especially noting when they are absent altogether. Many experts advise that the state and federal standards requiring these important systems exist for a reason.

A recent case in which a young couple died from carbon monoxide poisoning while they slept highlights the life and death importance of these simple alarms—and brings this issue front and center for the real estate appraiser community as a whole.

A Deadly Mistake
John and Suzy Smith (names changed for privacy) were a young couple and first-time homeowners, living in their home for just over 18 months. On the night in question, they planned a dinner out with friends and were hurrying to get home, get ready, and head out.

In a rush to get in her husband’s car, Suzy left her car in the garage—key in the ignition and still idling. When the couple returned from dinner, John parked his car outside on the driveway. They retired for the evening to their third-floor master bedroom suite and
went to bed.

All through the evening and into the night, Suzy’s car sat idling—pumping the garage, and then the home, full of carbon monoxide.

The result was the Smiths, along with their pets, were found dead the very next day. Suzy’s car was still running in the garage when police arrived on the scene. Lab tests confirmed the cause of death for both John and Suzy was “Carbon Monoxide Toxicity.”

After a thorough investigation, detectives found five hard-wired alarms in the ceiling throughout the townhouse but all were actually smoke detectors. Not a single carbon monoxide alarm was found in the home.

The couple was well-known in their small community and news of their death was covered extensively by state and local news alike. The news of such a young couple losing their lives just as they were starting a new life together hit the community hard. 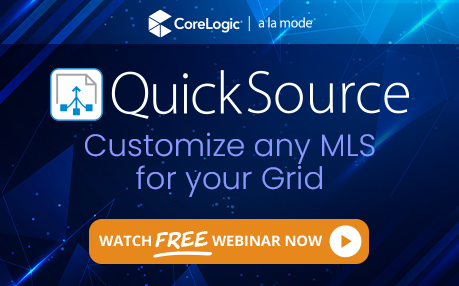 Lawsuit
As you might expect, it didn’t take long for both John and Suzy’s parents to hire a law firm and start going after all the real estate professionals involved.

As it turns out, both the appraiser and the home inspector had each independently inspected the home 18 months prior and both mistakenly reported a few of the smoke alarms present at the home, as CO detectors.

Consequently, both the appraiser and home inspector ended up on the receiving end of a “wrongful death” legal claim.

The legal team for the parents of the deceased young adults (plaintiffs) alleged that the appraiser, Darcy Doe (name changed for privacy), had negligently appraised the Smiths’ home and had reported the presence of a CO detector when in fact, none were present. Unfortunately for Doe, she labeled her photograph inaccurately in her own appraisal report to the lender.

The legal demand notes that the appraiser indicated they would note any physical conditions that could affect livability and adverse environmental conditions. Furthermore, the appraiser represented that their photographs were a “true and accurate representation of the subject property” and acknowledged that any intentional or negligent misrepresentations could result in civil liability.

The plaintiff’s attorneys point to a photograph included in the appraiser’s report of a First Alert smoke detector on the ceiling of the townhouse. However, the smoke detector was incorrectly labeled as a CO detector rather than a smoke alarm in the appraisal report. The legal demand is quick to assert that the appraiser was negligent, stating: “Given its orientation, next to a ceiling light and adjacent to a staircase, the device depicted appears to be on the second floor near the staircase to the third floor, where the bedrooms are located. It would not have been properly located even if it was an actual CO alarm.” Their argument is clearly that any well-focused appraiser would have known this fact, and should be able to easily tell the difference between the two.

The plaintiff’s attorney reviewed the matter of potential negligence by interviewing other appraisers, “Apparently, the [lender], as do many other lenders, specifically requires that the appraiser confirm the presence of a statutorily required CO alarm as a condition for approving the loan. One appraiser advised me that he has had to return to a property to provide that confirmation,” the attorney wrote. However, Doe did not properly confirm the presence of a CO alarm.

It was further argued by the legal team that the lender “obviously relied upon [Doe’s] appraisal report in approving the loan. Had there been no CO alarm present, the loan would not have been approved unless and until a CO alarm was provided (which could have been readily accomplished).”

The attorneys go as far to argue that the law requiring carbon monoxide detectors in homes was increasingly necessary because “newer motor vehicles run quieter and smoother” and the “technological advances have lessened the required interaction and sensory feedback between operator and vehicle in driving and parking.”

The combination of these items gave the plaintiffs’ attorneys a strong claim against both the appraiser and the home inspector that they had incorrectly reported the presence of a CO detector (which never actually existed), and consequently that this negligent misrepresentation contributed to the wrongful death of the Smiths.

Ultimately, both cases were settled privately out of court.

Rick Bunzel, home inspector and Washington firefighter was able to give us some tips on how to not only tell the difference between the two detectors, but offers additional safety tips on smoke alarms and carbon monoxide detectors as well.

For starters, the difference between a smoke alarm and a CO detector is quite simple. “The item will be clearly labeled, written on the exterior shell of the device, so you’ll be able to see it easily,” advises Bunzel. However, this can be hard to read because the signage could be the same color as the shell, so it’s incredibly important for you to get close enough to the alarm or CO detector to read it clearly (and test it!).

Bunzel reports that the alarms usually have different locations. “Carbon monoxide detectors are usually mounted high or low,” Bunzel says. He also points out that this isn’t a foolproof method because carbon monoxide and oxygen have only one molecule difference, so they have the same density. “In theory you could place a CO detector anywhere but they’re usually out of reach of kids or pets—that’s a good rule of thumb,” says Bunzel. However, it is important not to rely on location alone, as that can lead to the same type of problems encountered by Jones above.

Lessons Learned
Bunzel was also able to provide some helpful tips for appraisers as far as how to communicate with their clients about CO detectors. For example, Bunzel says that appraisers and home inspectors should make it clear to their clients that they do not warranty if the device is working, just that it is there. “The test button doesn’t test the workability of a device—only the alarm. Just because it squeaks doesn’t mean it works,” reports Bunzel. This disclaimer language should be included in the appraiser’s report.

However, as an appraiser it is imperative you are making your client aware of the expiration. “We should be calling out if they’re older than 10 years. From a safety perspective we need to be doing that,” Bunzel warns. Especially as a firefighter he tells us he has seen too many expired alarms. He keeps it simple by stating simply, “Having working alarms that are within their lifespan saves lives.” This is the code every appraiser and home inspector should be living by, argues Bunzel.

Important Reminder
Isaac Peck, President of OREP Insurance, a leading provider of appraiser insurance, says that on most conventional home loans, the lender is typically requiring that the appraiser confirm the presence of a CO alarm as a condition of approving the loan. This opens the appraiser up to liability if they report a CO alarm is present, when in reality that is not the case. “Even in the rare case that an appraiser isn’t required by her scope of work to report the presence of a CO detector, if the appraiser includes a picture of a CO detector in her report—if the CO detector turns out to be a smoke detector, a case is still created for negligence and/or misrepresentation,” reports Peck.

This case serves as an incredibly potent reminder of the deadly consequences that can result when CO detectors either malfunction and/or are not present. Reporting CO detectors is often a very mundane and routine part of an appraiser’s subject property inspection, but this recent tragedy goes to show how important this issue is for the appraisal industry.

The case also shows how even a very small oversight or mistake can turn into a claim. Peck says that even very experienced appraisers sometimes overlook things. “Nobody is perfect 100 percent of the time. If your firm is doing 200, 300, or more appraisals a year, what are the chances that you might overlook something on one out of 300 appraisals? Mistakes happen. This goes to show the importance of having insurance for your business so you’re not risking your entire business or your family’s financial future. Thankfully, both the appraiser and home inspector were carrying E&O insurance and did not have to face these wrongful death legal claims alone,” reports Peck.

One thing to note is that many appraiser E&O policies actually exclude Carbon Monoxide from their policies! This exclusion is typically a part of a policy’s Pollution exclusion. Please be sure to check with your OREP agent if you want to ensure you get coverage for this important exposure. (Visit OREP.org to learn more!)

Final Thoughts
Looking for carbon monoxide detectors is a very small part of your subject property inspection, but it is of utmost importance. In this case, both the appraiser and the home inspector cut corners, improperly called the smoke alarm a carbon monoxide detector, and as a consequence became entangled in a nasty wrongful death legal claim. As a real estate appraiser, you know appraising a home requires careful diligence, time and a keen-eye—even if your client plans on hiring a home inspector.

Make sure that you’re taking careful note of the alarms and detectors, their dates and location. An accurate report not only saves lives, but spares you the headache of being on the receiving end of a lawsuit.

About the Author
Kendra Budd is the Associate Editor of Working RE magazine and the Marketing Coordinator for OREP, a leading provider of appraiser E&O insurance—trusted by over 10,000 appraisers. She graduated with a BA in Theatre and English from Western Washington University, and with an MFA in Creative Writing from Full Sail University. She is currently based in Seattle, WA.

Tips for ADUs
Two-Part Demand Webinar On Demand: How to Handle ADUs, Casitas, and Mother-In-Law Units
Presented by: Richard Hagar, SRA Accessory Dwelling Units (ADUs) are a new wave starting in the West and moving all across the United States. Like it or not, they are already in most major cities. Valuing these units is complex!

This Two-Part webinar will help appraisers understand when and where ADUs are allowed, the difference between an ADU and a duplex, how and where to place the information on the form (and which forms should be used), and much more!

Must-know business practices for all appraisers working today. Ensure proper support for your adjustments. Making defensible adjustments is the first step in becoming a “Tier One” appraiser, who earns more, enjoys the best assignments and suffers fewer snags and callbacks. Up your game, avoid time-consuming callbacks and earn approved CE today!
Sign Up Now!  $119  (7 Hrs)
OREP Members: Save 10%