Editor’s Note: The take away of this decision sheds doubt on how many interpret federal law when it comes to lenders and AMCs; the court held there was no agency relationship between Chase and its AMC, Evaluation Solutions/ES Appraisal Services (ESA)- leaving many appraisers with unpaid fees.

Many appraisers will remember the bankruptcy case of Evaluation Solutions/ES Appraisal Services (ESA), an AMC whose primary client was JPMorgan Chase. After ESA declared bankruptcy in January 2013 with $11 million in unpaid debts, a number of real estate appraisers, agents, and brokers tried to file lawsuits against Chase, alleging that under federal law the bank was responsible for the actions of its AMC/agent; they had performed appraisals and broker price opinions (BPOs) for ESA on behalf of Chase, making the lender responsible for their unpaid fees.

To the surprise and dismay of many appraisers, in June 2013, a Florida bankruptcy judge ruled that ESA was not Chase’s agent. Consequently, Chase was released from any liability for the estimated five million dollars due to over 10,000 real estate appraisers, agents, and brokers for valuation reports completed on behalf of Chase. While many appraisers initially hoped that the lead plaintiff in the case, ProValue, Inc., would appeal the judge’s decision, the appeal has been officially dropped and the case closed.

Class Action Suit in California
ProValue, a real estate brokerage located in San Jose, Calif., originally sought to certify a class of real estate appraisers, agents, and brokers for a class action lawsuit against Chase in California. ProValue is owed $44,000 by ESA. They hired Breck Milde of Terra Law, LLP to jointly pursue Chase, along with all the others owed money, for the over $5 million worth of BPOs and appraisals that were performed by ESA on Chase’s behalf. However, Chase and the Trustee of the Estate succeeded in defeating the class certification. 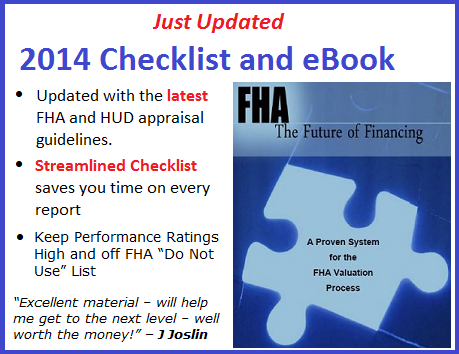 Bond Requirement Ends Case
ProValue initially pursued the appeal but was forced to drop it due to bankruptcy code that would have required them to post an exorbitant bond. Pursuant to federal bankruptcy rule 8005, when an appellant seeks to stay an order of a bankruptcy court, they can be required to post a bond to cover the opposing counsel’s court costs in the event the appeal is defeated. Chase and the Trustee of ESA’s estate tried to force ProValue to post a $2.5 million bond, roughly the amount that ESA was owed by Chase before its bankruptcy. The judge eventually lowered the bond amount to $250,000 but ProValue was forced to drop the appeal against Chase when it could not post the bond.

On April 7, 2014 the appeal was officially dismissed and an order granted relieving Chase of liability for over five million dollars in unpaid appraisal and BPO fees.

Countersuit Against ProValue
In a surprising turn of events, Chase and the bankruptcy Trustee subsequently filed a motion for Contempt and Sanctions against ProValue on the grounds that the company had deliberately violated the Bar Order, which required a stay to all litigation and which mandated that Chase could not be held liable for any claims against ESA. According the Court documents, Chase and the Trustee of the estate were seeking damages in excess $150,000. Chase demanded over $138,000 in legal fees and the Trustee sought in excess of $15,000.

After ProValue dropped the appeal and argued that such sanctions are exorbitant, both Chase and the Trustee of the estate withdrew their claims. Chase rescinded its Motion for Contempt and Sanctions on April 2, 2014.

Agency Relationship
With the appeal dropped and the Bar Order in full effect, it is unlikely that any further claims against Chase will be pursued for the over five million dollars in unpaid appraisal and BPO fees. The result is that it remains cloudy whether the courts will find that a lender is responsible for the actions of its agent and, conversely, whether AMCs are really the agents of lenders, in terms of the common law definition of agency.

Some appraisers have been successful in collecting unpaid AMC fees from lenders by suing in small claims court and winning the argument that an AMC is the agent of the lender. But the ESA/Chase case remains the only one where a ruling has been issued in a district or federal court. The conclusion? In this case, that the court found that no agency relationship existed between Chase and ESA.

> Directory of Best AMCs to Work With

About the Author
Isaac Peck is the Associate Editor of Working RE Magazine and Marketing Coordinator at OREP.org, a leading provider of E&O Insurance for appraisers, inspectors, and other real estate professionals in 49 states. He received his Bachelor’s in Business Management at San Diego State University. He can be contacted at Isaac@orep.org or 888-347-5273.

Great presentation! I hope that I will never have need or use for the information, but I feel better prepared in the event that I ever do. Thanks! – Gary Hartmann

Fighting Appraisal Board Complaints: Expert’s Advice
Bob Keith, MAA, IFA, Former Executive Director and Compliance Coordinator for the Oregon Appraisal Board, gives you an expert’s insight into the complaint process, showing you how to avoid the most common mistakes appraisers make when dealing with their state board. Save yourself the pain with this insider help.  Learn what steps to take to protect yourself before, during and after a complaint surfaces and what is and isn’t in your own best interests. Keith takes you through a step-by-step process on how to interact with your state board to achieve the best results possible. Put an expert on your side. Read More. *FREE to OREP Members/ Affiliates / WRE Subscribers Email isaac@orep.org for your invitation.