2005 USPAP
The 2005 USPAP was the last year of the Departure Rule along with the defined terms Complete Appraisal, Limited Appraisal, Binding Requirements and Specific Requirements. A Compete Appraisal is now referred to as an “Appraisal Report” and a Limited Appraisal is now referred to as a “Restricted Appraisal Report.” Supplemental Standards was important in the 2005 USPAP edition. It stated: “Supplemental standards applicable to assignments prepared for specific purposes or property types may be issued (i.e. published) by government agencies, government sponsored enterprises or other entities that establish public policy. An appraiser and client must ascertain whether any such published supplemental standards in addition to USPAP apply to the assignment being considered”. Keep in mind that USPAP never described any appraisal report as a “full appraisal.” Lenders use that term so that the appraiser includes the cost approach to value.

2006 USPAP
The 2006 USPAP became effective July 1, 2006 and it remained in effect for only one and a half years, through December 31, 2007. Ever since then, USPAP was printed every other even year. The 2006 USPAP edition was the last year the Supplemental Standards Rule existed. The Departure Rule was removed along with the defined terms Complete Appraisal, Limited Appraisal, Binding Requirements and Specific Requirements.

The Departure Rule (2005 USPAP) only applied to portions of the development process governed by Specific Requirements. The Departure Rule would have overlapped the Scope of Work Rule and thus was eliminated in order to avoid confusion.

2008-2009 USPAP
The 2008-2009 USPAP deleted the Supplemental Standards Rule. The Scope of Work Rule replaced the term “supplemental standards” with “law and regulations” (last paragraph of the Problem Identification portion of the Scope of Work Rule). Ever since this change was made, the exact words in the last paragraph in the Problem Identification section within the Scope of Work Rule has not changed. The following is the paragraph:
Assignment conditions include assumptions, extraordinary assumptions, hypothetical conditions, laws and regulations, jurisdictional exceptions, and other conditions that affect the scope of work. Laws include constitutions, legislative and court-made laws, administrative rules, and ordinances. Regulations include rules or orders, having legal force, issued by an administrative agency.

This is important because there was confusion whether the requirements on the Fannie Mae (FNMA) or Freddie Mac (FHLMC) forms did not apply to USPAP. The Fannie Mae guidelines refer to appraisals prepared on a Fannie Mae or Freddie Mac form and the FHA and VA forms have their own requirements. Therefore, the laws and regulations apply to appraisal reports prepared by any government agency or government sponsored enterprise. Keep in mind that the General Purpose (GP) form or narratives do not have their own guidelines and the appraiser only adheres to USPAP. 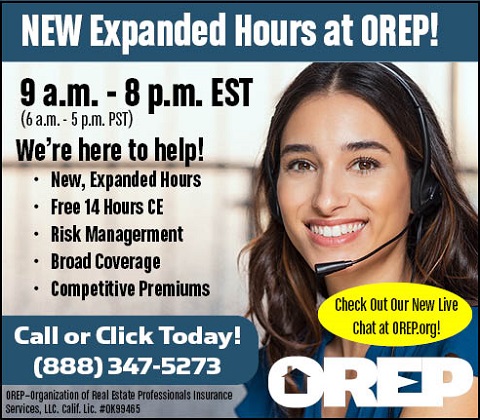 2012-2013 USPAP
USPAP created a new Records Keeping Rule. Prior to this edition of USPAP, the Ethics Rule contained a section devoted to Record Keeping. Self-Contained Appraisal Report, Summary Appraisal Report, or Restricted Use appraisal reports ended December 31, 2013. As stated in the 2010-2011 USPAP comments above, the statement “any services regarding the subject property performed by the appraiser within the prior three years, as an appraiser or in any other capacity” is now included in the signed certification of the report.

2018-2019 USPAP
The definition of Extraordinary Assumption was revised in 2018-2019 to read: “an assignment-specific assumption as of the effective date regarding uncertain information used in an analysis which, if found to be false, could alter the appraiser’s opinions or conclusions.” The most significant change was the changes made to Standards Rule 3, 4, 5 and 6.

2020-2021 USPAP
Prior to January 1, 2020, an Intended User of the Restricted Appraisal Report can only be the client. This has changed so that additional intended users are permitted as long as the other intended users are named in the report.

Standards Rule 1-1 comments section below SR 1-1 (a), (b) and (c) removed the beginning of the statement that stated “Perfection is impossible to attain” and relocated it to the Competency Rule as the Competency Rule applies to both development and reporting in all disciplines, not just Real Property. 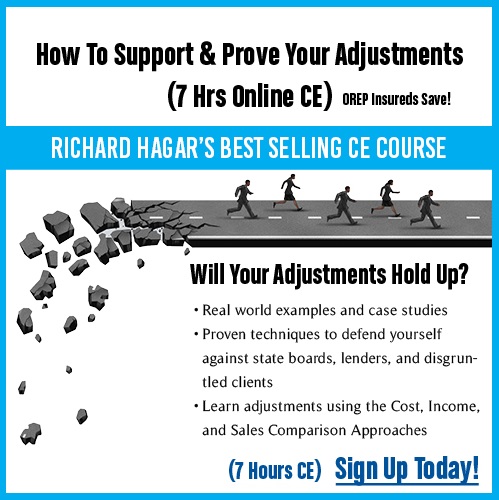 Effective Date—the date to which an appraiser’s analyses, opinions and conclusions apply; also referred to as date of value.

Physical Characteristics—attributes of a property that are observable or measurable as a matter of fact, as distinguished from opinions and conclusions, which are the result of some level of analysis or judgment.

Relevant Characteristics—features that may affect a property’s value or marketability such as legal, economic, or physical characteristics. I hope this article helps summarize the significant changes that have been made to our USPAP professional standards over the years.

About the Author
Philip G. Spool, ASA, is a State-Certified General in Florida, appraising over 36 years. Formerly the Chief Appraisal of Flagler Federal Savings and Loan Association, he has been self-employed for the past 18 years. In addition to appraising, he is an instructor with Miami-Dade College, teaching beginning and advanced residential appraisal classes as well as continuing education. He can be reached at pgspool@bellsouth.net.