Editor’s Note: As if appraisers didn’t have enough to worry about, here’s one more item to consider:  should you be verifying the licensing of an unfamiliar AMC before accepting an assignment?

We Need to Do What? Verifying AMC Licensing
by David Brauner, Editor

Like most appraising issues- the answer to whether you should verify the license of an unfamiliar appraisal management company (AMC) involves the review of two considerations: what do the regulations require and what’s good for business?  Often these two concerns are at odds. In this case, the regulatory and practical considerations dovetail.

Just like an AMC has a responsibility to ensure that an appraiser is licensed or certified, in certain states, appraisers also have a responsibility to ensure that the AMC is appropriately registered/licensed to do business in that state. Under AMC licensing laws in states like Virginia and Washington, if an appraiser does business with an unregistered/unlicensed AMC they could face sanctions from their appraisal board.

According to Richard Hagar, SRA many states have laws that pertain. Here is the law from Hagar’s home state of Washington: RCW 18.235.130- The following conduct, acts, or conditions constitute unprofessional conduct for any license holder or applicant under the jurisdiction of this chapter: (9) Aiding or abetting an unlicensed person to practice or operate a business or profession when a license is required. 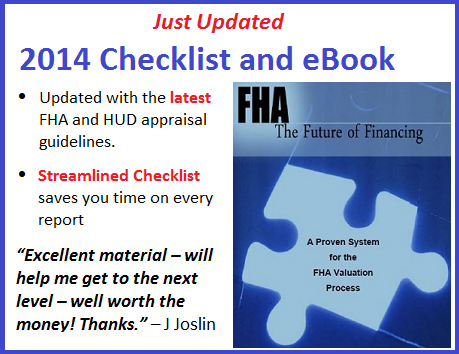 Hagar says there may be other ramifications of working with an unlicensed entity. “Assume the appraiser did not check for the AMC license and later the AMC fails to pay– now the appraiser is going to have a tough time recovering lost fees via the court or appraisal boards. It’s possible to collect but it makes it tougher when the appraiser has also violated the law,” Hagar says.

Bad Business
Laurie Richards, SRA an appraiser in Montana, explains the downside of not checking upfront from a business standpoint. “I typically take orders over the phone. If the AMC is a new client and there is no number included in the report, I won’t do anything until I verify that they are registered. The hardest part is when they claim they aren’t required to be licensed because we have no way to verify whether they are or aren’t. I ended up eating an appraisal a few months back. I wouldn’t submit the appraisal until I had a number and it was a good thing because it turned out they weren’t licensed. They said they were and that they would send the number later. They never did and it turned out they did not have one. The lender who hired them didn’t check to see if that AMC had a license either,” says Richards.

“The AMC had a three-day turn demand so I made the appointment right away, inspected it like a good little appraiser and then checked the AMC license. No license. After they couldn’t produce it, they said they didn’t need one. I got cold feet and didn’t submit the report. It gummed up the loan. The lender who hired the bad AMC got mad at me. The borrower turned me into the state for not turning in the report.”

While the complaint against her was eventually dismissed, that day, Richard says the experience made her want to quit appraising.

These days, she will accept an order if an AMC says they are licensed but won’t do the inspection until she has a license number. “If they say they don’t need one, I tell them to send me a quick email to that effect,” Richards says. “I’ve spent too many hours trying to determine whether an AMC ordering an appraisal is required to have a license, so now I cover myself with an email from them verifying that they don’t need one. When I was in front of the Board about this complaint, I tried to bring to their attention the problem of these companies saying they don’t need a license when they do. I asked the Board what to do in such cases. Unfortunately, our Board is almost all Certified General appraisers and they simply do not understand the issues residential appraisers face with AMCs and complaints from borrowers and lenders.”

Christine Pardo recounts a similar waste of time and effort. “I ran out, did an inspection, did a report and then realized I didn’t have the AMC’s license number. Their name is not listed with Florida- many have DBAs that are hard to check. I requested a license number five times. The engagement letter says not to contact the lender. So, do I contact the lender and violate the engagement, do I let it rot as a lesson learned or do I report them to the state for unlicensed activity? And what if they are registered under some DBA that I can’t find and I’ve accused them falsely?” Linda Seville, an appraiser in Vermont, says she’s faced the issue a couple of times also. “Unfortunately, I didn’t check until I needed the AMC’s registration number for the report. I refused to send the report. In one case, it took some time but they finally registered and I got the number. In another case, after a few days, they had me just send the report to the client. These days I am trying to do a better job checking their status at the beginning of the process.”

Upcoming Two-Part Webinar Series with Richard Hagar
Part 1: UPDATED – Keeping Off Fannie Mae’s New Appraiser “Blacklist”
TOMORROW (May 1) 10 – 11:15 PDT
Hagar shares the latest on Fannie’s new rules including how its blacklist works, how Fannie Mae will be evaluating appraisers going forward, and what appraisers can do to stay out of trouble.

Part 2: Fannie Mae’s AQM and How to Stay Out of Trouble
May 8th, 10 – 11:15 PDT
Hagar shows you specifics on how to make the “correct” UAD choices to avoid “hard stops,” “fatal warnings” and “critical messages” and keep you in business.
**All webinars are recorded and available at no charge with paid attendance.