Facing denial of its license to operate an appraisal management company (AMC) in the state of Virginia, the AMC Coester VMS has filed a lawsuit against the Virginia Real Estate Appraiser Board alleging that the Board is engaged in “a conspiracy to restrain and monopolize trade” and is operating in violation of federal antitrust laws.

The suit follows Virginia’s recently passed AMC licensing laws, which set an August 18 deadline for applicants to obtain AMC licensure or cease operations in the state. The Board has issued dozens of AMC licenses but selected Coester for closer examination. On July 15, Coester attended an informal fact-finding conference and addressed several of the Board’s concerns, including Coester’s history of consent orders and settlement agreements in five other states, for alleged violations of state laws: Maryland, North Carolina, Tennessee, Louisiana, and Minnesota. The allegations against Coester in these states include: unlicensed AMC activity, false advertising, failure to pay appraisers on time, failure to pay customary and reasonable fees, failure to respond to requests within the time period specified, failure to submit biannual certification, as well as USPAP violations committed by Brian Coester himself. (Click here to read the consent orders and settlement agreements in their entirety.)

Coester defended its actions by saying it has taken “remedial efforts” to address the issues raised in the consent orders and that it has recently implemented a new compliance management system that is designed by “expert business consultants,” many of whom are CPAs.

However, on July 28 the reviewing officer of the informal fact finding conference issued a recommendation to deny Coester’s AMC license in Virginia, citing “serious oversights in the planned compliance management system.”

Background
There seems to be little doubt that the Board is within its rights to refuse licensing to Coester. According to Virginia’s AMC Regulations, effective in February 1, 2015, the Virginia Appraiser Board is empowered to use its judgement to decide whether to issue a license to an AMC that has been subject to any form of adverse disciplinary action:
“The board, in its discretion, may deny licensure to any applicant who has been subject to, or whose controlling person or responsible person has been subject to, or any person who owns 10% or more of the firm has been subject to, any form of adverse disciplinary action, including but not limited to (i) reprimand; revocation, suspension, or denial of license; imposition of a monetary penalty; requirement to complete remedial education, or any other corrective action in any jurisdiction or by any board or administrative body or (ii) surrender of a license, a certificate, or registration in connection with any disciplinary action in any jurisdiction prior to obtaining licensure in Virginia.” 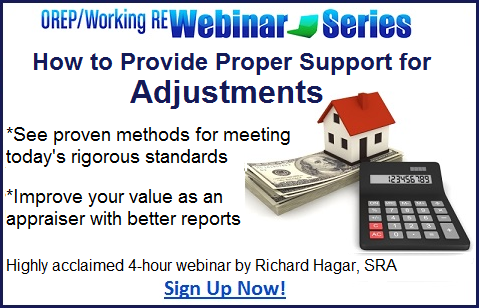 Rather than arguing the Board’s power to deny it a license, the core of Coester’s suit alleges that the Board is engaged in anti-competitive behavior- by trying to restrict Coester from conducting business in the state. Coester alleges that the denial of its license constitutes an “unreasonable restraint of trade because it prevents a large AMC entity from entering the marketplace.”

Coester states that Virginia accounted for 10 percent of its national business and that it has completed 10,113 appraisal assignments in the state since 2013, making Virginia its second largest state by volume. If denied a license, Coester says it will “permanently lose its customer base in Virginia if the Board’s anticompetitive and pre-textual denial of CVMS’s license occurs on August 18, 2015.”

The suit calls the licensing process a “sham” and makes repeated references to the Board’s “bias,” accusing it of “conspiring” and “plotting” to harm Coester.

Coester further claims that several of the Board Members are also officers in the Virginia Coalition of Appraiser Professionals (VCAP), a trade association of independent fee appraisers that Coester says has “conducted an active campaign against AMCs” and whose members have repeatedly complained about the low fees paid by AMCs. The suit cites many internal emails between Board Members to support its claim that the Board is biased against Coester.

While each of the Board’s ten individual members is named in the suit, it is unlikely that they can be held liable as individuals for the particular actions of the Board.

AMCs Save Consumers Money- What?
In the suit, Coester makes an argument that will certainly raise some eyebrows among appraisers. Coester says that because AMCs pay appraisers less than non-AMCs, the removal of Coester from the marketplace will harm the public. Coester states that it is a “lower cost competitor” of the Virginia Appraiser Board members, and other appraisers throughout the state, asserting that the denial of Coester’s application will “drive up the price of single family residential appraisals” and will increase costs that “will be passed on to homebuyers.” Coester cites a 2014 Customary and Reasonable Fee report by Virginia Tech which states that the average fee for an appraisal ordered directly through a non-AMC client is $401, while the average fee for an appraisal ordered through an AMC is $328. Coester uses the Virginia Tech study to suggest that it helps keep fees low for the borrower because the appraiser is paid less when working through an AMC. Coester says if it is banned from doing business in the state, the result will be “raising the transaction costs of residential sales for purchasers and borrowers,” and will “substantially effect interstate commerce.”

Most appraisers understand the disingenuous nature of this argument because the lower fees paid to AMC appraisers, cited in the study, are not the fees actually paid by borrowers. As most appraisers know, AMCs frequently take 30-50% of the “appraisal fee,” so the amount paid to an AMC appraiser is actually much less than what the borrower often pays. Most appraisers will tell you that the fees borrowers pay have actually gone up since AMCs have been shoehorned into the process. As the Network of State Appraiser Organizations (NSAO) put it in its letter to the Consumer Financial Protection Bureau (CFPB): “a consumer might see an appraisal fee for $600 or more with no awareness that the appraiser they met at their home, and who completed their report, is only being paid $300 or less” by the AMC.

Coester also cites the Virginia Tech report as evidence that, by excluding Coester, the Virginia Appraiser Board members are enriching themselves and other Virginia appraisers because the fees actually paid to appraisers in the state may go up because non-AMC clients appear to pay more than AMCs.

Coester Extension
Wthin days of the suit being filed on August 3, 2015, a consent motion was signed between Coester’s attorney and a Virginia Assistant Attorney General (AG). The consent motion specifies that the Counsel and staff to the Board will recommend that the Board defer ruling on CVMS’s application, and that the Board extend the August 18 AMC application deadline to December 2015. This would allow Coester to continue to doing business in Virginia until then. However, the Board has final decision making authority and is not required to follow the Assistant AG’s recommendation. A special meeting of the Board has been called for August 12 to consider and vote on the recommended actions of the Attorney General’s office.

Who is Behind the Lawsuit
The law firm representing Coester in this case is Weiner, Brodsky, Sidman, Kider PC (Brodsky firm). This is the same law firm used by the veteran AMC advocacy group the Real Estate Valuation Advocacy Alliance (REVAA), in past legal filings throughout several states, and the one also picked to represent a new AMC coalition, the National Home Valuation Alliance (NHVA). NHVA appears to be led by former REVAA Executive Director Don Kelly.

In a possible sign of things to come, the very first goal and agenda item NHVA lists on its website is, “to leverage collective resources to affect helpful (rather than harmful) change through multiple targeted initiatives, including litigation.”

Information on NHVA’s website echoes certain of Coester’s arguments, including the concern that state appraisal boards are violating antitrust laws. NHVA’s stated goal is to “vigorously represent the interests of its Members in the home valuation arena before the federal government and state agencies.”

Note that four of the seven items seem to relate to fees, suggesting that the NHVA is deeply concerned about appraiser fees. It looks like appraisers will have a fight on their hands going forward.

NHVA is representing itself as the advocacy organization for smaller to mid-size AMCs. REVAA charges $75,000 annually for membership and representation. NHVA dues are a more modest $995 a month. NHVA’s stated goal is 30 charter members and says that it sees the over 350 AMCs operating nationwide as potential prospects.

Bigger Picture
Coester’s suit against the Virginia Appraiser Board raises interesting questions for the appraisal industry and for the future of AMC regulation as a whole. In an article published in Mortgage Banking magazine (State of the Appraisal Industry, Volume 27, Number 9), Brian Coester, Chief Executive Officer of Coester VMS, sees a future where appraiser boards will no longer regulate AMCs. Coester argues that “competitors cannot regulate competitors” and makes a bold prediction that this “leaves the appraisal boards…to be completely disassembled and have even less control of the process.” Federal regulators, however, seem to believe that the public is well served by having AMCs regulated by the state’s appraisal board. In fact, the recent “Final Rule” on the Minimum Requirements for AMCs seems to settle the issue.

While the Dodd-Frank Act tasked state appraisal boards with passing AMC regulations, the Final Rule removes any doubt that state appraisal boards have the authority to directly enforce the law and discipline AMCs for violations of the law. Specifically, the Final Rule requires that states have a program in place “within the State appraiser certifying and licensing agency that has the authority to… conduct investigations of AMCs…and discipline, suspend, terminate, and refuse to renew the registration of an AMC that violates applicable appraisal-related laws, regulations, or orders.”

While Coester’s suit may usher in a new wave of AMC-led litigation against appraiser boards, the clear language of the AMC Final Rule leaves little question that the Fed’s intention is for appraiser boards to regulate AMCs.

Working RE is following this story closely and will issue a timely report on the outcome of the special meeting.

“The seminar was very helpful and encouraging in time-saving mobile applications! Thank you for making it available!” – James W.

Are you still hung up on old ways of doing business? Have you adopted the latest technology to help you be more efficient and get more done? Today’s appraisal industry is rapidly changing. With increasing demand on appraisers’ time and attention, it’s more important than ever for appraisers to have the tools, systems, and knowledge they need to leverage technology and run an effective, efficient appraisal office. Whether you’re new to appraising with mobile tools, or you’re looking to sharpen your skills, this webinar gives you actionable steps that you can take today to be more efficient and effective with mobile tools and run your business like a pro. Sign Up Now!

On-Demand Webinars
Did you miss the much acclaimed How to Support and Prove Your Adjustments webinar by Richard Hagar, SRA? Expand your knowledge and learn quick and simple methods for proving adjustments that improve the quality of your reports and help you avoid problems, blacklisting and legal actions. Sign Up Now!

Summer Series:
June and July (available on demand)
–How to Support and Prove Your Adjustments (two parts) –How to Get What You’re Worth (Working with AMCs) –How to Work Profitably With AMCs

Enjoy the Entire Series! Save $88 with a Season Ticket!

About the Author
Isaac Peck is the Editor of Working RE Magazine and Director of Marketing at OREP.org, a leading provider of E&O Insurance for appraisers, inspectors, and other real estate professionals in 49 states. He received his Bachelors in Business Management at San Diego State University. He can be contacted at Isaac@orep.org or (888) 347-5273.