Dealing with a Subpoena
by Isaac Peck, Editor

As an appraiser, you don’t have to be sued or be facing a lawsuit to find yourself on the receiving end of a subpoena—staring down a lawyer who is peppering you with questions.

Appraisers are often subpoenaed in legal disputes involving third parties, usually being tied to the dispute for no other reason than having appraised a property involved in the dispute. If the appraiser is not a party to the lawsuit, then typically they are being subpoenaed for documents and/or being called as an expert witness, sometimes without pay, to testify regarding a past appraisal.

As a leading provider of E&O insurance for appraisers, OREP frequently hears from appraisers who are facing a subpoena and wondering what their options are and how they should respond.

Here’s what you should know about subpoenas.

Confidence and Confidentiality
First, subpoenas are court orders and you must not ignore the subpoena or you will find yourself in contempt of court. Tim Andersen, MAI, MSc, USPAP instructor and CEO of TheAppraisersAdvocate.com, says that if an appraiser doesn’t want to comply with a subpoena they can try to fight it, but that requires hiring a lawyer, which can be costly and has its own challenges. “One approach is to protest the subpoena to the judge indicating that your records are private, and requesting that your records be treated as confidential and not be made part of the public record. The judge, however, will do whatever s/he chooses to do,” reports Andersen.

One question that appraisers frequently have is whether USPAP confidentiality prohibits them from sharing the appraisal or speaking about its contents. The USPAP confidentiality rule is not a privilege protecting against disclosure in court discovery. “With a subpoena, the issue of confidentiality pretty much goes out the window because a court is ordering you to provide the records and/ or discuss the matter,” says Andersen.

This has been proven in federal court as well. In 2010, the United States District Court of North Carolina wrote, “The law does not afford an evidentiary privilege to professional appraisers. Moreover, the USPAP rules themselves explicitly contemplate the production of such documents to ‘third parties as may be authorized by due process of law.'” (See United States of America v. 2,091. 712 Acres of Land, et al., Defendants. No. 4:09-CV-88-BO.)

In other words, you would need an overriding confidentiality issue or reason that is beyond USPAP’s confidentiality rule to convincingly argue to the judge that your appraisal, workfile, etc. is “protected” and should not be procured by the subpoena.

There are, of course, other ways an appraiser might try to fight a subpoena, but the main point here is that (1) you cannot ignore a valid, court-ordered subpoena, and (2) a subpoena trumps USPAP confidentiality as it pertains to the information being requested in the subpoena. 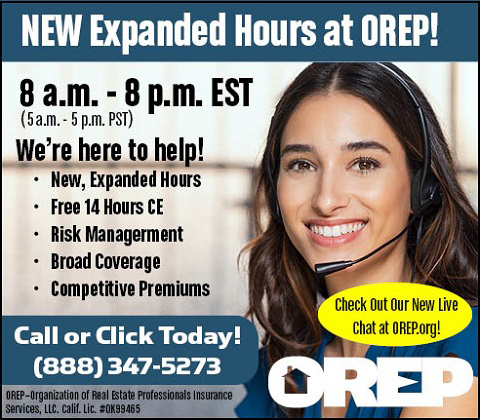 Getting Paid
Depending on the nature of the subpoena and if witness testimony is requested, the appraiser may seek to get paid for their time. Some appraisers rightly point out that their limiting conditions in the appraisal include a statement that their service “does not include testimony.” They therefore insist that the attorney pay them their hourly fee. But because the appraiser is being ordered by the court, they typically are entitled to no more than the daily witness fee. Here in California, that is $35 for the day and $0.20 per mile for mileage.

Serving an appraiser with a subpoena is an approach that some attorneys use to try to get “expert witness” testimony for free. Consequently, an appraiser who is called to testify may want to present an expert witness contract to the attorney who was involved in issuing the subpoena. It is often helpful to speak to the attorney first, as this will allow you to understand why they are involving you in the case in the first place. And it might also present an opportunity for you to sell your services, if you so desire.

In situations where the lawyer attempts to play hardball, retired home inspector Jerry Peck, now a construction and litigation consultant, advises appraisers to acknowledge that they wrote the report but avoid offering any opinion unless under contract as an expert witness. “Whether or not you are a party to the case, as soon as they ask ‘What do you think?’ or ‘Is that what you think?’ or any other question that leads to your offering an opinion, you are acting in the role of ‘expert’, not a ‘witness’,” says Peck.

Peck explains the difference: “If an appraiser is asked, ‘Did you do this appraisal inspection on this day, at this address?’ That is not an expert witness question. That is a question for him/her as the Records Custodian.”

Peck insists that no lawyer should get more than a “Records Custodian” answer unless they are willing to sign the appraiser’s expert witness contract, which includes a retainer fee and advance payment. “A Records Custodian can only attest to things such as: ‘Yes, this is the report which was produced for the appraisal which was performed on (date) at (address) for (client’s name).’ Think of it as name, rank, and serial number only, until they retain you for further information,” Peck says.

An appraiser can stop answering and get his contract out when a lawyer begins asking questions like, “Why was that your opinion?” or “Why did you think that needed to be corrected?” because the appraiser is now being treated as an expert. “Turn to the judge and bring up the fact that they are treating you as an expert witness but have refused to sign your contract. I have not heard of a judge yet who will not tell the attorney to sign the contract and get their checkbook out,” says Peck.

Coverage
In terms of what appraisers can do to protect themselves when subpoenaed, Brauner advises appraisers to (1) be careful not to disclose confidential information OUTSIDE the specific scope of the subpoena, and (2) report the incident to your E&O insurance agent/company.

Depending on your insurance policy, you might enjoy coverage for subpoena expenses. OREP’s flagship insurance program contains $25,000 in subpoena expense coverage which covers “expenses incurred while assisting the Insured in responding to a subpoena which the Insured first receives and reports in writing” to the insurance company. Ask your OREP agent whether your policy includes this coverage if you have any questions.

“While no one likes to receive a subpoena, it’s smart for appraisers to have coverage for subpoena expenses—if it comes to that. That’s one of the added perks to OREP’s appraiser policy,” says Brauner.

Ultimately, if you have any concerns about potential liability or risk arising from a subpoena, Brauner advises appraisers to reach out to their E&O insurance agent/company or engage your own legal counsel if your policy doesn’t cover it. “If you’re concerned about liability or you think there’s a risk of an error or mistake coming to light due to the subpoena, then you shouldn’t go it alone. It’s important to seek professional legal advice if you need it. Like the old saying goes, better safe than sorry,” advises Brauner.

About the Author
Isaac Peck is the Editor of Working RE magazine and the Vice President of Marketing and Operations at OREP.org, a leading provider of E&O insurance for appraisers, inspectors and other real estate professionals in 50 states. He received his master’s degree in accounting at San Diego State University. He can be contacted at isaac@orep.org or (888) 347-5273.