The expansion of Fannie Mae and Freddie Mac’s (the GSEs) appraisal waiver programs, to replace traditional appraisals, has been anything but modest. Here’s how it effects the lending landscape.

According to the American Enterprise Institute’s analysis of the latest publicly available datasets from the GSEs, traditional appraisals were only 54% of the valuations for residential mortgage transactions for the months ending 2020, as well as January 2021, with appraisal waivers being used on 46%. You read that right, currently appraisal waivers make up approximately 46% of all valuations for GSE mortgage transactions.

This represents nearly nine times the volume of waivers seen in late 2017, from around five percent of total loans to over 45 percent. See Figure 1: Appraisal Waiver Percentage of All GSE Valuations for a graph showing the rapid rise of waivers.

Across loan types, nearly 70% of rate and term refinances have received an appraisal waiver; over 30% of cash-out refinances and over 10% of purchases received a waiver in the final months of 2020. See Figure 2: Appraisal Waiver Share by Loan Purpose for details.

The GSEs seem to have executed a quiet coup of the appraisal industry, seemingly without appraisers or other industry stakeholders even noticing. Why? Many appraisers report being busier than ever in 2020, with many increasing their fees to handle the extra volume!

Here is a closer look at the data, what it means, and what it may tell us about the future.

Not New
The use of appraisal waivers by Fannie Mae and Freddie Mac is not new. In late 2016, the Appraisal Institute (AI) wrote a letter to GSEs’ head regulator, Mel Watt, then Director of the Federal Housing Finance Agency (FHFA), urging caution with the use of Fannie Mae and Freddie Mac’s appraisal waivers, particularly with purchase loan transactions. 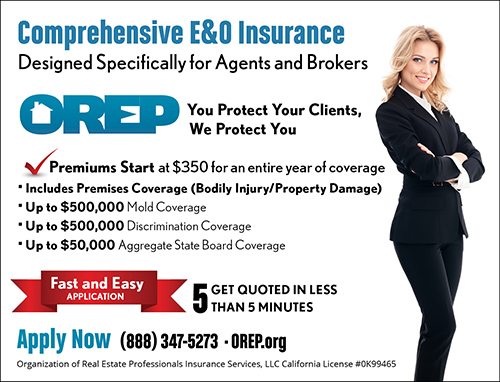 AI’s letter points out that in the years leading up to the real estate crash of 2007- 2008, Fannie and Freddie were issuing appraisal waivers in droves. After they were taken into conservatorship in 2008, it was discovered that as many as 30 percent of mortgage loans held by Fannie and Freddie had received such waivers, according to AI.

Looking at the GSE’s own data, that has been analyzed and published by the American Enterprise Institute (AEI), it is safe to say that after the real estate crash of 2007-2008, the use of waivers was significantly cut back and curtailed. Since then, however, the use of waivers has skyrocketed.

Appraisals vs. Waivers
Edward Pinto, Director of AEI, the organization that originally gathered, analyzed and published the GSE’s waiver data, believes that we are currently at the “high mark” of the GSEs use of waivers and we should see their use begin to decline in the months ahead.

According to Pinto, this is primarily because interest rates should rise in the next few years, which will decrease no-cash out refinancing, also known as “rate and term” refinancing, causing cash-out refinances and purchase transactions to make up a larger portion of total mortgage activity. Because waivers are now being used on the overwhelming majority of rate and term refinances (nearly 70 percent), rising interest rates should trigger less refinancing activity and consequently, waivers may decline as a percentage of total mortgage activity. That is, unless the GSEs continue to rapidly expand their use. “The prevalence of waivers in purchase transactions may still be going up,” says Pinto.

The GSEs’ use of waivers predates the COVID-19 pandemic, Pinto points out. But the pandemic, and the bonanza of refinance and purchase activity that occurred because of historically low interest rates, no doubt played a role in the growth.

Pinto argues that waivers actually are less risky than traditional appraisals, especially for no-cash-out refinances. Because the AEI has their own nationwide AVM, as well as access to all of the GSEs recent data, they are able to model what types of loans have received waivers and at what LTV ratios.

Lower Values
This has allowed Pinto and his team to conclude that the waivers are coming in lower, in general, on refinances than the traditional human appraisal. In other words, the GSEs are currently being conservative with their models. On the whole, AEI’s model concludes that Freddie Mac’s waiver system is slightly more aggressive than Fannie Mae’s, but that the waiver systems of both GSEs are still providing opinions of value that are slightly lower than those of human appraisers. See Figure 3: Tracking Waivers vs. Human Appraisals.

Gaming the System
In terms of the risk involved in appraisal waivers, Pinto explains that the AEI’s primary concern is unscrupulous parties figuring out how to game the system. “I’m cognizant of that fact that when automated methodologies are in the hands of a duopsony, (two buyers controlling the market), they set the market. We are very concerned about that and we need to do more research about how the waiver process might be gamed,” says Pinto. 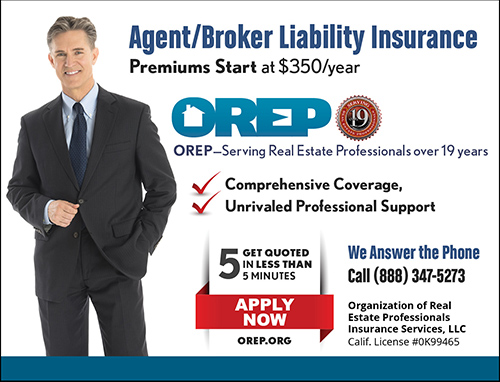 n terms of what “gaming” the system might look like, Pinto draws comparisons between automated valuation waivers and automated underwriting (AU) that was first implemented back in 1997. “When the actors in a system are able to figure out what the answer is going to be, either in underwriting or in valuation, they can figure out what to input into the system to get the answer they want. For example, when AU started out in the late 1990s, its impact was somewhat benign. However, over time, gaming became rampant, including by Fannie and Freddie themselves. Underwriting standards continued to get looser and looser through 2007, which was a major contributor to the housing boom that ended in 2007 and the subsequent price collapse. AU was supposed to prevent that. They said it was going to be so much safer, but that’s not what happened,” said Pinto.

Pinto says that waivers face a similar risk. “Key industry players will be able to figure out the GSEs model, at which point they’ll know what numbers to input into the system. But it’s not just lenders who could lead this astray. Fannie and Freddie might, for competitive reasons, also decide to get more aggressive with their models, increasing their risk. This would be akin to the house changing the odds as opposed to the players,” Pinto says.

Another concern that Pinto has is that waivers may end up promoting the “up” real estate cycle. “If you have policies that tend to reinforce an upward real estate cycle, this adds more gasoline to the fire. While we don’t see any of that going on today, we are alert to the fact that history tells us we have to be vigilant. AEI now has a benchmark to compare the waiver and the human appraisal processes in the future and we will continue on a quarterly basis,” reports Pinto. 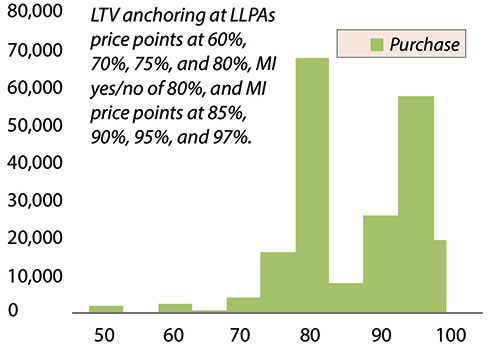 In one of its recent infographics, AEI writes that the waiver process “institutionalizes the traditional ‘what do you need?’ anchoring approach common to human valuations. Like the AU process, loan originators may increase the odds of getting the desired result by submitting to both GSEs multiple times if a waiver is not offered on the first try. But if a waiver is not granted, the human appraisal becomes the third bite at the apple.”

What’s Up with Appraisal Volume?
If appraisal waivers have increased to 46 percent of all GSE mortgage transactions, why are most appraisers as busy as ever?

The answer lies in the correspondingly drastic increase in refinance and purchase transaction volume that took place in 2020. While the data provided by the GSEs is incomplete until 2017/2018, enough data has been published to get a good picture of the growth of waivers as well as the volume of appraisals over the last several years.

This sharp increase in mortgage transactions, more than doubling compared to past years, created an environment where even as the use of appraisal waivers skyrocketed, appraisers still saw the number of assignments allocated to them increase.

As we can see from Figure 6, the number of traditional, human appraisals tracked the number of mortgage transactions very closely from Nov. 2017 into 2019. However, in 2019, a divergence between the two metrics can be noted as waivers begin their rapid ascent.

However, even with the very drastic increase in appraisal waivers, it is still notable that the number of human appraisals has continued to increase throughout 2020. In fact, appraisal volume hit a record high in 2020, even as waiver usage increased substantially.

Another piece of good news for appraisers is that Fannie Mae and Freddie Mac do not represent the entire mortgage market. Combined, the GSEs only represent 50 to 60 percent of the mortgage market by loan count. With a little over six trillion dollars in mortgages on their books, they have a little under 55% of all mortgages outstanding, according to Pinto. Loans made by the Department of Veteran Affairs (VA) and the Federal Housing Administration (FHA) account for roughly 25% of the mortgage market combined; the United States Department of Agriculture (USDA) has a few percent of the market (focused on rural areas), and the rest of the market is made up of private or “in-house” lending where the banks hold the loans on their balance sheets.

This means that even as Fannie and Freddie seem comfortable waiving appraisals, other industry participants- that make up the other 45 percent of the mortgage market, are not yet moving in that direction.

Looking to the Future
In terms of what to expect, Pinto says that appraisers have to stop complaining about automation, and start talking about what value they bring to the table. “Appraisers should be asking themselves: what is my value add? If appraisers can be replaced by a machine, they will be. If all they’re doing is filling out a bunch of boxes on a form, or putting three comps on a grid, then a machine can do a much better job of that. But if appraisers are bringing knowledge of the fundamentals of the market, and they can articulate the difference between price and value, then they’re adding value and justifying their place in the value chain,” argues Pinto.

About the Author
Isaac Peck is the Editor of Working RE magazine and the Vice President at OREP.org, a leading provider of E&O insurance for real estate professionals in 50 states. He received his master’s degree in accounting at San Diego State University. He can be contacted at isaac@orep.org or (888) 347-5273.

Opt-in to our RE Agent/Broker newsletter – emailing to 40,000 agents and brokers twice a month. Opt-in