Lead Testing and the Correlation of Decreased Violence

The war on crime has only seemed to increase over the years, with people citing violence in places like Chicago and New York. However, since the 1990s, the crime rates in the United States have decreased significantly and continued their downward slope. In fact, by the end of the decade, homicide fell 45 percent.

Many theorize reasons why this decrease occurred, including the reduction in alcohol consumption, the increase in incarceration rates, and even the legalization of abortion at the time. Recently though, another theory has emerged: lead testing in older homes.

This article will explore the history of lead production and its banning in the United States, the increasing need for lead testing inspectors, and its possible effect on the crime rate.

Here’s what we learned.

History of Lead
Lead paint was widely used across the Americas and Europe. Its popularity skyrocketed during colonial times but peaked in the 19th century, partly due to its durability and fast drying time. Today, most homes built before 1978 in the United States may contain traces of lead-based paint—even if painted over.

At the beginning of the 20th century, health concerns surrounding lead-based paint and other products began to rise. Lead was found to damage the human nervous system—stunting bodily growth and brain development. Lead poisoning was discovered shortly after the turn of the century, with the organs being greatly affected when ingested, leading to kidney, liver, and other organ failures.

Now, most people don’t tend to eat lead paint, unless they’re children. When paint peels, it tends to come off in chips. These chips are known to taste sweet, so it’s no wonder that lead poisoning became so prevalent in toddlers and young children.

Not only that, but when lead paint peels, it coats the objects around it in dust—often contaminating children’s toys. In fact, even inhaling this dust can be extremely harmful. So, adults could also become infected if their walls begin to peel.

By the 20th century, European officials grew increasingly concerned with the health risk of lead-based paint, choosing to forgo the lead white color with zinc and titanium white instead. Though Europe began to taper off lead paint, America’s transition took much longer.

Lead Banned
The United States Congress did not ban lead-based paint in any newly built residential or commercial building until 1971, despite almost every other country doing so earlier in the century. However, this was only if these buildings were constructed using federal funding or assistance.

Six years later, in 1977, the U.S. Consumer Product Safety Commission finally entirely banned the use of lead-based paint in residential and public properties, toys and furniture. In 1996, legislation was passed to require owners of homes built in 1978 or earlier to disclose the presence of lead paint to potential buyers and renters by the U.S. Environmental Protection Agency (EPA). It’s also important to note that unleaded gas was virtually available everywhere around the same time, but due to the Clean Air Act of 1970, gasoline containing lead was effectively banned in 1996.

In 2010, the EPA created standards for construction on buildings with lead paint built before 1978 with lead paint under the Renovation, Repair, and Painting regulation. Contractors disturbing more than a 6 square foot space where lead paint is present must have proper certification.

Shortly after these bans, some noticed a decrease in the crime rate. What once was a huge problem in the United States, used often in political campaigns, began to dwindle, and some wondered if the ban led to better brain function, which led to less anger, which led to less crime. This theory is known as the lead-crime hypothesis. 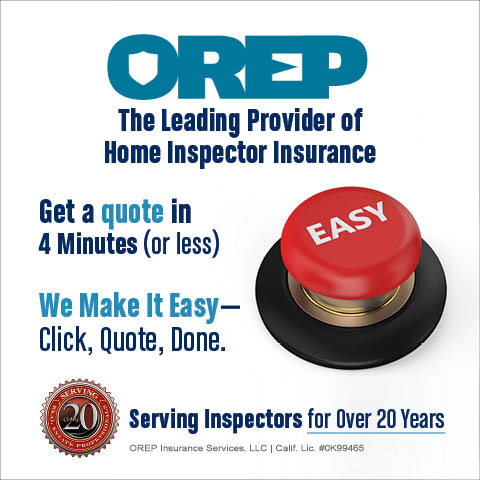 The Lead-Crime Hypothesis
The lead-crime hypothesis wasn’t coined until 2007, after economist Jessica Reyes conducted a study attributing a 56 percent drop in violent crime in the 1990s to the removal of lead from gasoline after the Clean Air Act. Since then, several other studies have been conducted, supporting the idea that not only did the Clean Air Act decrease violence, but the ban on lead in general and an increase in testing was a contributor.

Specifically, the lead-crime hypothesis holds firm that childhood exposure to toxic lead is a major driver of criminal behavior in adulthood. We already know that lead exposure stunts brain growth in children. Still, more than that, these studies discovered it also carries into adulthood with behavioral problems, including reductions in IQ, impulse-control, and anger management.

The theory comes from the relationship between two trends. Firstly, the lead content of gasoline rose steadily from the 1940s until 1970, after which point if fell quickly due to the bans. Then the violent crime rate, as measured by the FBI’s Uniform Crime Reports (UCR) followed the exact same trend but was delayed by 20 years. Thus, sparking intrigue that early-childhood lead exposure may have led to both the increase and decrease in crime as children born in those time frames became adults. When you include the banning of lead-based paint in the home, this theory seems rock-solid—as it followed the same trend as the other two.

However, the theory by itself could be seen as simply a coincidence. Then again, many other analyses from the past decade show more than just a simple correlation between lead and crime. One study found “natural experiments” where lead levels changed more or less randomly across different countries and cities—allowing researchers to divide these places into treatment and control groups.

Using American data, Reyes found that a 10 percent change in lead exposure from gasoline alone, corresponded to an 8 percent average change in violent crime two decades later—and that the overall elimination of leaded gas could have reduced violent crime by more than half. Whereas a Swedish study found changes in lead exposure, as measured by moss found in neighborhoods, corresponded to changes in criminal convictions, as well as academic performance in high schools.

Another study looked at crime in the United States between the 1920 s and 1930 s. During this time, both lead paint and pipes, used to deliver water, were being used in the home in some cities. When compared, homicide rates were discovered to be far higher in cities exposed to lead through these factors.

Despite lead-based paint not being studied as high as leaded gasoline and leaded pipes, experts agree its exposure continues to threaten the United States’ crime rate. Especially since New York City’s Housing Authority revealed in 2017 that 9,000 of its apartments housing children are contaminated by lead paint, and if the lead-crime hypothesis is correct, we could see crime rates rise in New York in less than 20 years. The growing evidence proves this hypothesis could be true, which is why lead remediation and inspection are more critical than ever.

The Importance of Lead Testing
Home inspectors that specialize in lead testing are becoming vastly more important than they were just a couple years ago. Lead testing encompasses more than just paint—like the water, dust particles, and soil, just to name a few. One could argue that testing for lead paint is most important because it’s incredibly easy to disturb lead-painted surfaces.

Lead paint can cover a wide range of surfaces in the home, and before its ban, it was used throughout the house. Not to mention, lead is extremely easy to disturb even if covered by newer paint. Areas that receive a high-volume of traffic are easiest to disturb and present the most risk to homeowners. Some of these areas include kitchens and living rooms, but there are other ones you might not think of, such as handrails or banisters. When surfaces covered in lead paint are constantly being grabbed, touched, or bumped into, it can pose a serious threat.

Stairs may also be covered in lead paint, and people disturb the paint when walking on, making it airborne easier. Windowsills and frames also need to be tested since many contained lead paint in the 20th century. When chipping and peeling occur, this results in contamination issues. Even outdoor areas, such as porches, can cause a high risk. Weathering can cause significant damage to lead paint, which can cause lead to end up in your soil. With all these potential risk areas, it is no wonder children are affected by lead poisoning at such a high rate.

Due to all these risk factors, testing and removing lead from paint, drinking water, and topsoil could have a variety of benefits. So why hasn’t the United States undergone a nationwide lead remediation? Well, it would be extremely costly to the U.S. government. Before you go on thinking, “well lead poisoning doesn’t happen that much anyway.” Think again.

The World Health Organization (WHO), estimates that nearly 150,000 deaths due to lead poisoning occur every year in the U.S. On top of that, in 2018 over 400,000 deaths occurred alone. Most of those deaths were children under the age of 6.

Final Thoughts
Lead inspectors play a role in helping families stay healthy and safe from potential lead exposure in the short term, and the evergrowing body of evidence also shows that lead exposure can create huge problems, not just in one’s health but also in their social environment.

Kendra Budd is the Associate Editor of Working RE magazine and the Marketing Coordinator for OREP, a leading provider of appraiser E&O insurance—trusted by over 10,000 appraisers. She graduated with a BA in Theatre and English from Western Washington University, and with an MFA in Creative Writing from Full Sail University. She is currently based in Seattle, WA. 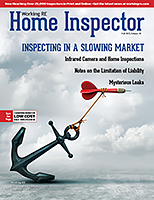