Editor’s Note: Don’t miss the new print edition of Working RE (just mailed).
(Am I a Working RE Subscriber?) OREP E&O insureds enjoy a free subscription.

Have You Talked to Another Appraiser Lately?

By Dustin Harris, The Appraiser Coach

Riddle me this: what is human, chooses comps, lives in a basement hidey-hole, and rarely interacts with others of his/ her kind? Answer: most appraisers.

Let’s try another: what is human, frequently meets with and interacts with others of his/her kind and has a great deal of business success? Answer: the appraiser/business owner who understands the principle of the mastermind.

Napoleon Hill spent the bulk of his life shadowing and studying super-successful business owners. As he did, he recognized and identified a number of success principles that he found most had in common. At the very top, he placed the mastermind principle. At its most basic level, the mastermind principle consists of a small group of individuals who meet together frequently to work on common goals. The result of this type of interaction is greater than the sum of any number of individual interactions. As Stephen Covey put it in his book, The Seven Habits of Highly Effective People, “Synergy is what happens when one plus one equals ten or a hundred or even a thousand!”

One of the biggest challenges to our profession is that we do not associate with other appraisers on a regular basis. Appraising is mostly a solo career with only occasional interaction with our peers. Consequently, we do not often hear important industry news or changes until it is too late. We can go for years doing things incorrectly or inefficiently because we just do not know a better way, become stagnant in our progress, or do not grow our businesses through ideas and innovations from other appraisal business owners.

For over a decade, I have been heavily involved in mastermind groups. These types of groups usually consist of 3–12 people who meet online or in person. For example, I gather with a small group of business owners in my local area every two weeks. One member is an insurance agency owner, another runs multiple pizza restaurants, another is a financial planner. We use our time together to share goals, motivate one another, and talk through specific problems we may be having in our individual businesses. Though we are in very different careers, we find the principles of good business and individual success are universal. The biggest benefit from such a group is that you get the perspective of others to help you solve your most pressing problems or help give you a vision for how you might grow your business in the future.

I have also been involved with national, in-person mastermind groups that meet semi-frequently in a distant city. Though there might be some travel involved, just getting away from the office for a few days is a great opportunity to disconnect and work ON my business rather than IN my appraisal business. The investment is minimal for the benefit I have received.

Masterminding with appraiser peers in your local area might have some drawbacks due to the sensitive insider information shared in such meetings, but perhaps not. I know of several appraisers who frequently meet with their appraiser peers for coffee and conversation and have found great benefit to doing so.

For the past six years, I have hosted various appraiser masterminds or other facilitated gatherings (both online and in person) where appraisers meet and converse with other appraisers with one goal in mind: to help each other to be better appraisers and more successful business owners. I was told it could not be done: that appraisers are introverts and unwilling to talk with and help other appraisers. This myth has been dispelled time and time again.

Matt Frentheway, an appraiser in Salt Lake City, boasts a 75 percent increase in revenue after joining one of these groups. David Fife, another appraiser in Utah, has told me on several occasions that he would have paid over $100,000 for the information he has gained being a part of these groups. The mastermind principle works. There is something to be said about the magic that happens when a group of like-minded individuals gets together to bounce ideas off of one another. Appraisers learn more about technology, effective business procedures, delegation, and general success principles when they are willing to get out of their comfort zones and rub shoulders with their peers.

I was recently in the Midwest at a mastermind meeting. In a conference room at a high-rise on the waterfront sat nine appraisers. For nearly 10 hours, each took turns sharing their stories, current business structures, and visions for the future with the rest of the group. Each became vulnerable and talked openly about their current, most pressing problems/needs. Where some appraisers might feel self-conscious about sharing such details about themselves and their businesses, these individuals had faith that their willingness to be transparent would be rewarded with ideas and answers that would help them to improve. The decision to be open paid off. The mood was uplifting and positive. Tears were shed and many laughs were had. One appraiser pulled me aside afterward and said, “I am on fire! This is the most exciting day I have spent in a very long time. I cannot wait to get back to the office and start implementing all I have learned here today. Too bad all appraisers can’t be a part of something like this.”

Of course, one does not have to be a part of an official mastermind group in order to benefit. Like most appraisers, I had a mentor. I learned a great deal from my mentor (who also happened to be my dad), but he was not my only teacher. In a small Idaho town where I first started appraising was an older appraiser who had been in the business for over 40 years. On a regular basis, I would stop at the local corner store, buy two Cokes and drop by his office for a chat. I know it sounds like the makings of a television commercial, but it is true. No matter how busy he was, he always stopped what he was doing, offered me a seat and a conversation ensued. Hours later, I would pick up the empty bottles, thank him for his time, and leave his office a better, and more informed appraiser. It is people like this who are making the world (and the appraisal profession) a better place to be. 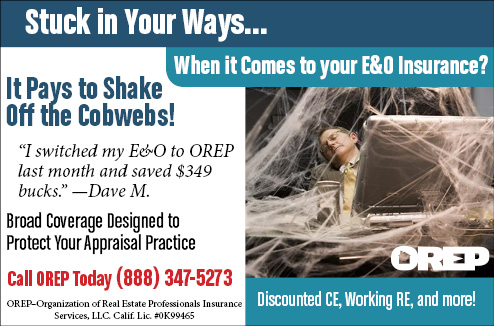 The Internet and social media have only enhanced the ability for appraisers to interact frequently. Online appraiser groups, Facebook, Twitter, LinkedIn and email bring appraisers together who would rarely see one another, much less talk.

They say this is a solo profession. Appraisers are introverts who just want to be left alone. For some, that may be true. Others see the benefit of reaching out and interacting with fellow appraisers who have chosen the same profession as they have. There may be some things that are wrong with the appraisal world, but nothing positive will ever get done if we are not willing to rub shoulders with other appraisers.

Andrew Carnegie, Harvey Firestone, Henry Ford, Thomas Edison, and others attributed the bulk of their success to being a part of a mastermind group. Jack Canfield (Chicken Soup for the Soul) said, “I don’t know anybody who has become super successful who has not employed the principle of masterminding.”

When was the last time you interacted with a fellow appraiser? Do you frequently exit your ‘appraiser cave’ to converse with and share your opinions and ideas with others in this profession? Perhaps it is time to consider more of this type of activity. I know I attribute much (no, most) of my success to the principle of the mastermind.

About the Authors
Dustin Harris is a successful, self-employed, residential real estate appraiser. He has been appraising for nearly two decades. He is the owner and president of Appraisal Precision and Consulting Group, Inc., and is a popular author, speaker and consultant. He also owns and operates The Appraiser Coach where he personally advises and mentors other appraisers helping them to also run successful appraisal companies and increase their net worth. His free podcast can be listened to on iTunes and Stitcher. He and his wife reside in Idaho with their four children. He loves playing in the outdoors and watching movies indoors.